Fourteen years after godman Rajneesh aka Osho’s death, a Nepalese disciple who spread the movement in this Himalayan kingdom plans to focus on India, the goal being an Osho centre in each village. 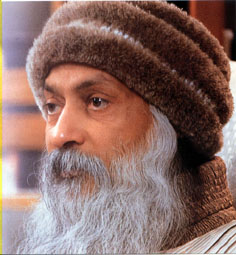 Kathmandu, Jan 6 (IANS) — Osho Tapoban in this city is a popular destination for disciples of Osho, who hit world headlines with tales of his lavish lifestyle and free sex in communes.

Swamy Anand Arun, a 59-year-old civil engineer from the Terai plains who became the first follower of Osho (1931-1990) in Nepal and then his “ambassador” entrusted with establishing the movement in the Himalayan kingdom, says it was no easy task.

An undergraduate studying in Patna University in Bihar, he heard ‘Oshospeak‘ at a public library and was mesmerised.

“I used to think meditation required abstinence,” Arun says, sitting in the room in Kathmandu that was the first full-fledged Osho meditation centre in Nepal – his bedroom as a student.

“I thought sex was taboo, so was eating meat. I wore khadi and walked everywhere. Yet here was this man who said sex was okay, preferred to travel in air-conditioned coaches and wore dazzling robes! My head could not agree with what he was saying but my heart recognised him as the master I was seeking.”

The smitten student wrote to the godman and was invited to attend a five-day camp in Dwarka, Gujarat, which he says changed his entire life.

After getting his degree and a job with the government, Arun turned his attention to spreading the gospel of his master in Nepal.

“I would go to the main shopping area in town after office and try to sell pocketbooks outlining the Bhagwan’s philosophy. They cost about Rs.2, yet for five years I couldn’t get a single buyer.”

Then he hit upon a better marketing strategy. Anyone who bought a book would be given tea and snacks free. And customers started flocking in. 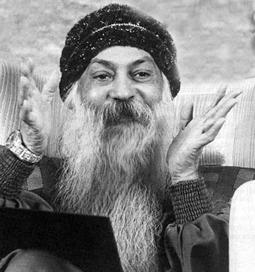 That was in the 1970s. Today there are 40 centres all over Nepal with 10 of them in the capital itself, including the Osho Tapoban, the biggest, built over a sprawling 12 acre plot and running on a monthly budget of Rs.300,000.

The money, disciples say, is raised through membership fees, donations and letting out rooms, which cost between Rs.250 and Rs.600. There are 15,000 full-fledged disciples.

Initially, the media reports about Osho’s opulent lifestyle, the free sex in his ashrams headquartered at Pune and some of his disciples’ criminal activities in the US created a negative impression about the movement in Nepal.

“People thought he was corrupting us,” says Arun. “But, then, it’s the lot of every master. Even Jesus was accused of corrupting the morals of the youth.”

But the critics were won over gradually by the new credo, he says.

“Osho doesn’t say all problems will vanish if you follow him,” he explains.

“You have to work on that yourself. He taught people to be natural, not to do anything that goes against nature, to lead a happy life.

“If you do good, you will be rewarded, if you do evil, you’ll be punished. The reward and punishment may be subtle but they would be there.”

Today Osho Tapoban is spearheading a drive to spread its master’s teachings in India.

Last year the disciples helped start a centre in Orissa. Now Arun has his sights on West Bengal, Madhya Pradesh and Assam.

“Each village should have an Osho centre some day,” says the man who also set up two in Islamic Malaysia four years ago. “And every man should have read at least one book written by him.”